Mr. Wojciechowski has been involved in the acquisition, structuring and development of real estate for public and private investment for approximately 33 years.  During that time he has analyzed, or directed the analysis of, structured or co-developed over $10.0 billion in real estate, leading to over $5.0 billion in investor funds being raised.  Included in this development is the creation of in excess of 60,000 apartment units, all targeted for families in the affordable range through the Section 42 Low Income Housing Tax Credit Program.  These projects were built in more than 15 states.

In addition Mr. Wojciechowski has acted as a principal and/or investor in more than 20 different companies. He currently sits on several Boards including Showcase Technologies, a business that provide technology, services, and solutions to protect, track, and bill usage for computer workstations, kiosks, printers, copiers, and fax for hotels, Business and Copy Centers, Universities, and others; Our Castle Fund Advisors, Inc., a companythat invests in defaulted mortgages for the purpose of helping low, moderate and workforce income homeowners to be able to stay in their homes.  In addition he sits on the Advisory Board of several other companies: A.D.A.M., Inc., a mobile application and development company specializing in mobile local marketing for small businesses, The Man in the Arena, LLC., an originator of literary programming that emphasizes true stories of courage and leadership; and DailyMedia, LLC., an online one-on-one relationship based marketing company that currently publishes four newsletters: DailyOM Inspiration; DailyOM Horoscope; DailyOM Music; and DailyOM Gift of the Week with approximately 1,000,000 subscribers.

Mike resides in Pacific Palisades, California and has been married for 26 years to his wife, Mav.  They have two children: Madison, 24 and Mason, 22. 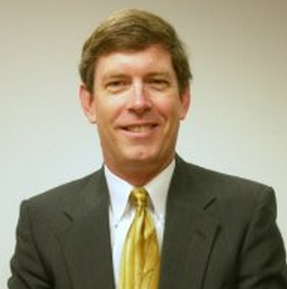 With over 30 years of business management experience, Mr. McEnulty has successfully managed many start-up and other entrepreneurial endeavors.   While the majority of his experience has been in real estate development, management and turn-around projects he has also managed operating entities as diverse as live concert venues, consumer products, live pay-per-view events and restaurants.  Currently, as President of Meghan Matthews, Inc; Mr. McEnulty oversees the operations of over a dozen operating companies. During his 18 years with Meghan Matthews, Mr. McEnulty has overseen the start-up, investment and growth of numerous new companies dealing with a wide variety of products.  Included in these companies have been a fabric company, a casual clothing company, a sports bra company, a music magazine, the reintroduction of Fizzies, a chain of brewpub restaurants, live music clubs in California and Tennessee, a record label, live-pay-per view events, a new surfboard technology, a second sports bra company, consumer products and I Made A Movie.

He has also served in the past as the Chief Operating Officer, VP of Finance and an acquisition analyst for several successful real estate companies including FPA Corporation, On-Site American Holdings, Tri Five Properties, Angeles Corporation and Wespac REIT’s I and II.  In addition, Mr. McEnulty has started and managed three separate property management companies which dealt primarily with the management of residential apartment, condominium, and retail projects.  During Mr. McEnulty’s career he has often been responsible for the reporting requirements to the company’s investors, owners and external auditors.

Among his development projects have been major apartment complexes, single-family homes, golf-course communities, shopping centers, and mid and low-rise condominium projects.  Mr. McEnulty has been responsible for the management of thousands of apartment units and over 2,000,000 square feet of retail space at one time.  During his career, Mr. McEnulty has been responsible for the acquisition, disposition, development and/or financing of over $550,000,000 in real estate projects.

Mr. McEnulty received his MBA in Venture Management from the University of Southern California in 1980 and has undergraduate degrees in Accounting and Finance from California State University at Long Beach.